Skip to content
I truly felt defeated. A new feeling - something I haven't experienced before, and for the first time in my life was simply OK with just falling into this emotion.

Last March, my right eye started to twitch. You know that annoying twitch when you’re super tired … but usually, a good night’s sleep fixes the twitch? Well, my eye twitch only seemed to progress … violently at that.

By December, I could barely get out of bed. And if I did, I just wanted to lay on the floor for hours. I took most of the month off but still had a few meetings in the first few weeks of December.

I distinctly remember sitting in a meeting, trying so hard to focus on the conversation and keep my eyes open. My vision was blurry and I couldn’t keep my mind straight. I had no business taking that meeting. I should have been in bed because I could barely keep my head up. In the middle of the conversation, the guy I was meeting with paused and said, “Are you ok? You look really tired.”

“Oh, just didn’t sleep well last night … got up early, you know how it goes.” #denial

And this was pretty much the response I gave everyone that kept asking me the same “you look really tired question” all the way through the summer of 2017. And there were A LOT of people that pointed out how tired I looked all the time.

I would look at myself in the mirror and barely recognize my face. Dark circles, blood-shot eyes and a general sagginess. WTF.

Who knows how long I’ve been living with this condition … and it honestly became the norm until I realized that something was actually wrong. No idea why it took me as long as it did … but perhaps you can relate.

Gelie, you’re finally free of all the bullshit. No more heartache. No more sadness. Not fully healed yet … but definitely not any kind of depressed. So why are you so fatigued and exhausted all the time?

I had no answer. I was all out of excuses and realized I needed to get help.

By chance connections/conversations … I ended up in Dr. John Robinson’s office of The Hormone Zone. If you’ve been following my journey, maybe you caught my first blog post on the topic: Let’s Talk about … Sex Hormones.

We did a number of tests and the initial one revealed low testosterone as well as signs of fatigue … but it was specifically the adrenal test that showed how bad my situation actually was.

“Adrenal Dysfunction, also known as Adrenal Fatigue, is a debilitating condition for many. Your adrenal glands secrete important hormones like cortisol and adrenaline, and when either deficient or in excess, you will not be at your best. Many times your symptoms, particularly fatigue, is related to a form of cellular fatigue, called Mitochondrial Dysfunction. Identifying this problem will reveal the true source of why so many people suffer with conditions like Chronic Fatigue Syndrome and Fibromyalgia.” — More Info Here

I’m pretty sure I knew how bad my situation actually was … but I’ve been fatigued and exhausted for so long, that it somehow seemed normal. Plus, I kept excusing it away (new mom, entrepreneur, heartache, stress, etc etc).

I often found myself wondering how other people function. Didn’t they need constant naps like I did? Are they taking magic energy pills? What are other people doing that I’m not to help them get through the day?

Dr. Robinson sent me home with the test, and seriously, I was so exhausted that I didn’t actually do the test until like a month or so later. 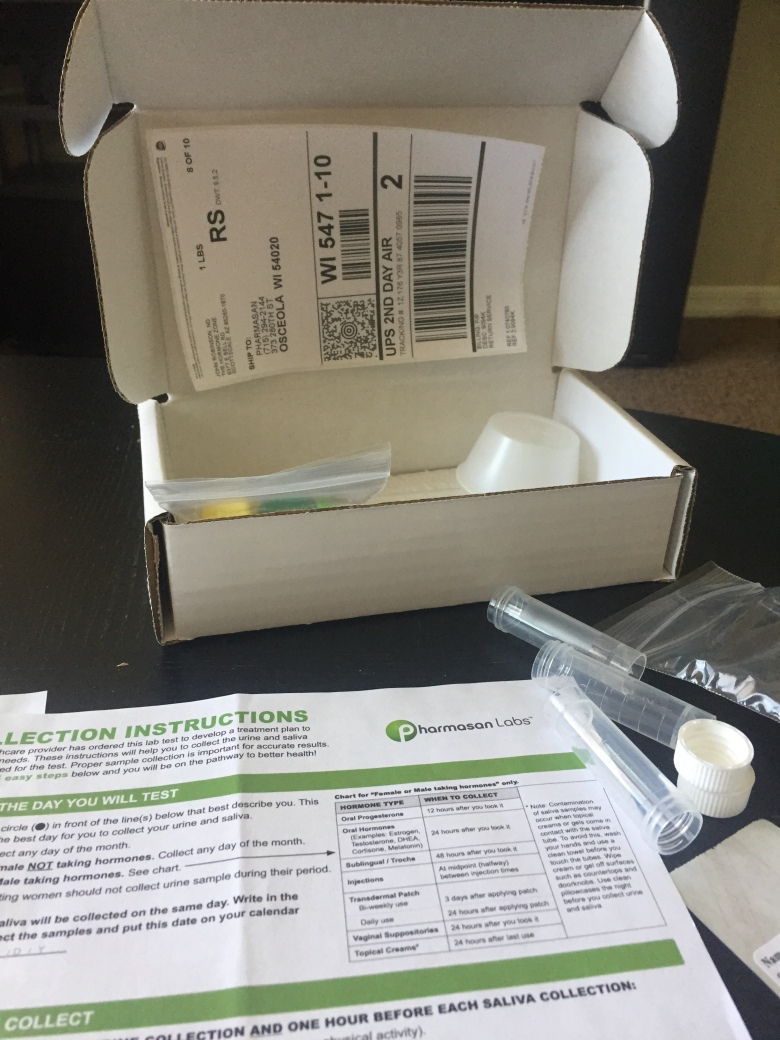 By the time I actually went into Dr. Robinson’s office to get my diagnosis, I already came to the conclusion that I was DONE.

There was nothing left in me. Nothing left to give to anyone. My head was heavy, my eyes wouldn’t focus, I couldn’t look at my computer screen, I detested voice mail and the thought of answering another “can I pick your brain email” made me want to puke.

I have been ruled by NetworkingPhoenix from the moment I birthed it.

Duties … Obligations … Chasing my dreams … Hustling … Desire to become something greater … A wish to leave a legacy … Being a public figure in the community and not wanting to disappoint anyone.

I mean, I’m still in the process of rebuilding the company and I still don’t have a clear plan on how I’m going to do that.

… This and the heavy heartache endured in my personal life, followed by a colicky baby and an emotionally draining divorce … created a perfect storm of chronic stress – and my adrenals got fatigued the fuck out.

For years, people have been coming at me from all directions … but, OMG, it all just needed to STOP.

Internally, I had to be willing to lose everything. Truly, I have no idea how long it took me to get that point, but I was ready and willing to let go of everything.

I truly felt defeated. A new feeling – something I haven’t experienced before, and for the first time in my life was simply OK with just falling into this emotion.

I truly believe that if you don’t take action and make the necessary choices to grow, life will come around and kick you in the ass to force you into those choices.

… Life was having its way with me.

In many ways, this has been such a spiritual journey for me and no doubt, I’ll have many more blog posts about this pivotal point in my life … but for this post, let’s stick to the medical diagnosis.

When I walked into Dr. Robinson’s office that day … he asked me what I had planned for the summer, and this is pretty much what I told him.

He chuckled and said something like he didn’t think it would be that easy … most times he has to convince his patients to take a vacation.

I totally get it. But I also knew how DONE I was. If I didn’t take care of myself now, my path would get really fucking dark … and nothing is worth losing your health over. I made plans to take 2 months off work – like legit take off – and focus on healing myself 100% percent.

I postponed the August Signature Event, which I have never done before. Do you realize that I’ve had a BIG event in August since 2009. That means I haven’t had a summer vacation since 2009. Sure, I did trips here and there … but not a real vacation where I could just unplug and forget the world for a moment.

… Mainly, because I haven’t allowed myself the space to do that. But this summer was going to be different.

I made plans to travel … Sedona, Los Angeles, San Diego.

I made plans to heal my soul.

I made plans with people that I love and haven’t truly connected with in a while.

I made it a point to have NO plans 🙂

I made new friendships!!!!

I started to read a few books (nonwork related)

(Details on all my summer adventures can be found on my previous blog post, What I know about Heartache.)

And, I had Dr. Robinson on my team … he promised me that everything I was going through was temporary and he was going to help me get through it. I believed him.

He sent me home with a combination of vitamins, a prescription, an outline of a high-fat diet (needed when your body is healing), and my very first testosterone pellets.

I need to mention, that all the work that Dr. John Robinson and I have done together has been only with bioidentical hormones. Which is the only kind of hormones him and his wife, Dr. Cristina Romero-Bosch –  (also a naturapath) use in their practice.

All of this is very new to me and I’ve never heard of the pellets (even though this therapy is not new). Before committing to something being placed in my body, I opted to take testosterone troches orally. 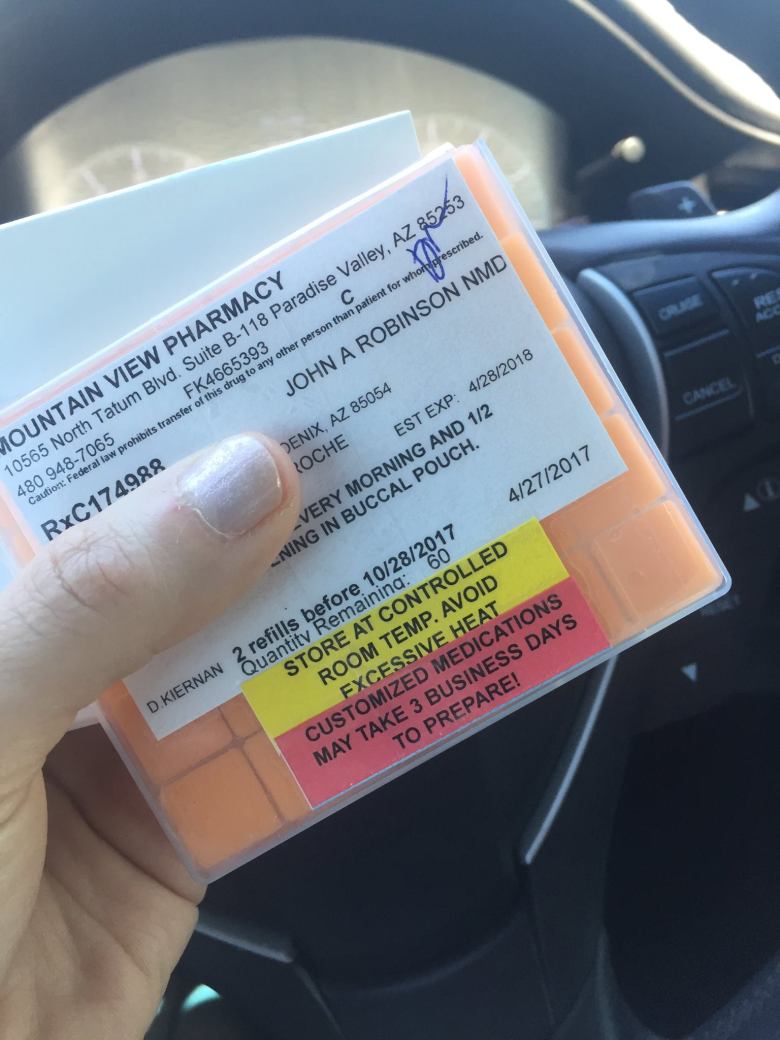 After a month of the oral testosterone replacement, the initial tests showed that my body was reacting perfectly and I had no negative side-effects, so we decided it was time for me to graduate to the pellets.

With the oral troches, the testosterone levels tend to be more up and down (see pic below). The pellets, however, release testosterone into your body as needed and keep you at an even level. One insertion can last 3 – 6 months.

“Studies have shown, testosterone hormone therapy can provide a woman with mental clarity, increased libido and muscle tone and mass. When this hormone is at low levels, women often complain of mental confusion, weight gain and poor muscle tone, even with regular exercise.

The effect of hormone deficiency on the brain, muscle, bone, heart and metabolism can be significant without hormone replacement therapy for women, and it can be dangerous to long-term health. The brain needs normal amounts of testosterone in balance with estrogen to produce serotonin, which supports emotional balance. When lacking in these hormones, a woman will experience emotional instability that often results in increased anxiety, irritability, sleep disturbances, anger, sadness and depression.”

During my last Doctor visit … with my big smile and the familiar Gelie energy that I’ve missed so much … I told Dr. Robinson that I have no issues getting out of bed in the morning. I hop right out and start my day.

… Something that may seem so trivial, but has been so foreign to me for so long now.

I can focus on the present. Meaning, my eyes can actually focus and I can be present in conversations without trying to put in serious effort.

How long has it been since I’ve smiled for no apparent reason?

Been able to run 5 miles without my body falling apart?

Stayed up talking to a friend until wee hours of the night because the conversation was just that damn good?

Been so focused and clear minded that I was confident in myself to make the right decisions?

But here I am, living a completely blissful moment as I’m focusing on my health.

Admittedly, not all days are good days. I still have bad days, and still, prefer to NOT make plans. Honestly, it’s just difficult. I’m much better last minute because I go by how I feel.

If I don’t feel like hanging out, it’s going to be very difficult to force myself to do that. If I don’t feel that I’ll be good company, I don’t want to see people.

… But having this new found energy, I’ve been able to connect, focus and make important decisions.

In no way, shape or form am I actually defeated. I just think I needed a really good ass-kicking from life in order to just lay down and REST, let go and stop fighting the process. I had to learn some things. I had to get really still and just listen … just be … just feel.

The last 2 months have been so serene and, truly, Dr. John Robinson was a huge part of getting me up off the ground so I can move on with my life.

In conclusion, I would highly recommend that you find a health practitioner that you resonate with and let them help you. 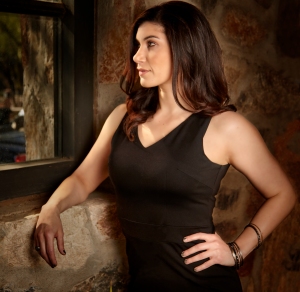